To contribute to the integral development of the child as a subject of rights in the areas of Health, Education and Social Welfare.

Liaison Person at the Board of Directors: Dr. Vasco Alves

The main beneficiaries correspond, mostly, to on-site occasional monitoring, since there is no direct intervention that provides a more systematic follow-up. In the first axis of intervention – Health – the team’s role is related to the dissemination of material in order to increase health literacy, covering the two groups of beneficiaries, children and young people. This intervention takes place in the context of classroom and health centers. As far as social actors are concerned, the majority are health professionals. In order to promote children’s rights to health, a study was conducted aiming to analyze the compliance with these rights in three hospitals in Lisbon, whose data were presented and discussed.

In the second axis – Education – the intervention was divided between Education professionals and students, providing great support to schools, namely school mediation. The Gabinetes de Apoio ao Aluno e à Família (Student and Family Support Offices) worked directly with students, mainly those attending the 1st, 2nd and 3rd cycle, and the problem resolution rate was around 60%. In accordance with the protocols established with inter-school groupings, several awareness/prevention actions were promoted in the classroom context, on topics such as bullying, indiscipline, sexuality and affections, etc.

The team also acts whenever a report is received, mainly by parents and guardians, who somehow need legal and/ or psychological advice.

The humanization team of childcare services in partnership with the Toy Library Team has developed team building actions to profitable organizations and NGOs. 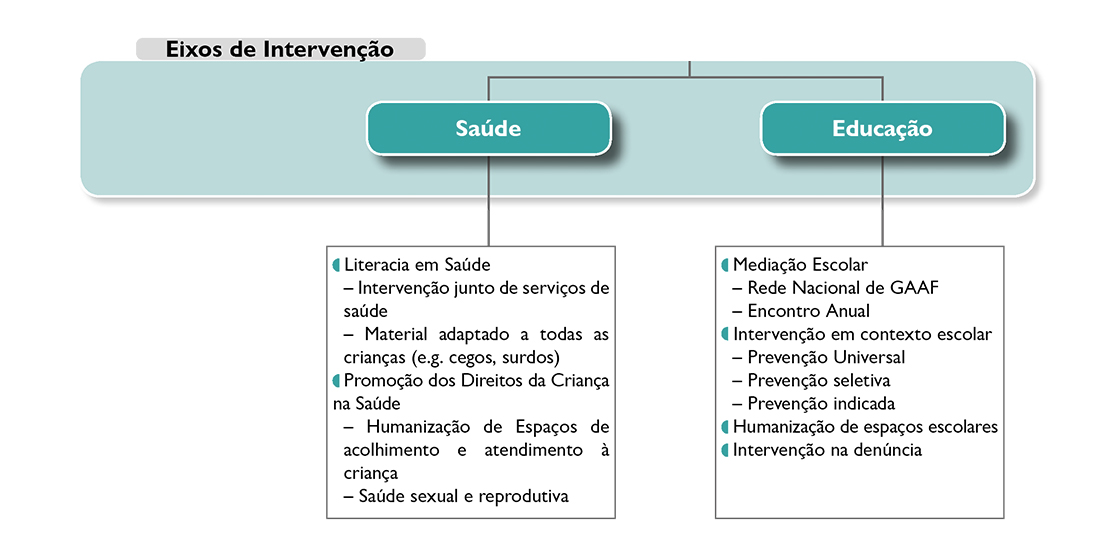 The Humanization team was born in 1989 with the conviction that it was possible to humanize the care of children and young people in different settings, such as health, school, reception facilities, among others. It is a fundamental milestone in our history that IAC joined the European Association for Children in Hospital (EACH) by the hand of one of the mentors of this team, Dr. Lurdes Levy, one of the first pediatric women in Portugal.

With the entry into EACH, the team has translated, adapted and disseminated the Charter for Hospitalized Children (CCH) in Portugal since 1996. From this moment on, the CCH served as the basis for numerous works developed by the sector up to the present day and constituted itself as a reference element of the Rights of the Child in the Health Services. In 2012 we adapted the CCH to a children’s tale “Zebedeu, um príncipe no hospital” (“Zebedee, a prince in the hospital”) in order to better adapt the language to children so they can develop their capacity for health literacy.

In the area of health, the 2000s were marked by much research with the realization of numerous studies based on the principles of the Charter that involved pediatricians, nurses, social workers, psychologists and other therapists from hospitals across the country. The reception conditions of children and young persons in health facilities and the physical pain felt by children were the areas of greatest concern.

More recently the sector realized the need to update the Charter by producing new materials based on its principles, in particular the issue of inclusion:

Being the physical space where the child is received and welcomed the “entrance door” of the child for many services, the team has invested a lot in this field of intervention since 2016, helping to humanize waiting rooms and care rooms in various services, as health centers, Judicial Police or multidisciplinary rooms for accompanying children in justice.

Still in the area of children’s rights in healthcare, in 2009 it was part of a working group of the World Health Organization – Task Force on Health Promotion for Children and Adolescents in Hospital (HPH-CA) with an aim to develop a national study on the “Respect the Children’s Rights in Hospital”. In that same year the pre-test of this study was carried out in 3 Portuguese hospitals, and in 2018 it began in Lisbon.

Also, in 2009 the team started the Health Education project “A Descoberta do Ser” (“The Discovery of Being”), aimed at children, education professionals and families with the aim of promoting protective behaviour in the area of sexuality, under the pillars of responsibility and respect. This project has been adapted over several years of its existence and is currently guided by the training and qualification of Education professionals in the area of sexuality so that they can work in the long term with their students, in the classroom. Sporadically, and on specific request, we still hold some sessions for students.

Since 2015 the team has also embraced a new challenge, namely the management of the National Network of Student and Family Support Offices (GAAF), maintaining since then its coordination, training and qualification of technicians. The main objective of the GAAF is to ensure the overall development of the child, based on the prevention of absenteeism and dropout, prevention of psychoactive substances consumption, school failure and risk behaviour in general. We strive for a permanent dialogue with the school, family and community.

Chart of the Hospitalized Child

The Humanization of Waiting Rooms

The Observance of the Rights in Hospital